Looking at a nearly two decade-long history of collaboration between a dictator and a terrorist accomplice, it is not hard to speculate about the reasons for MKO’s falling out with the post-Saddam Iraqi Government. From its very first days of escape from Iran and its settlement in France, the organization and Saddam felt close affinity and there started a covert collaboration 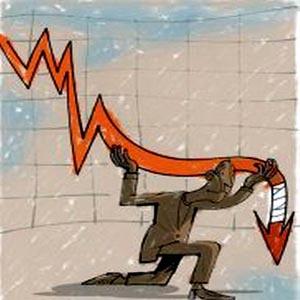 between the two and MKO willingly began to accept Saddam’s donations to meet its expenses in France. The first ostensible agreements were reached in the visit between Rajavi and Tariq Aziz, an opportunity to expand ties and to serve Saddam in return for his favors. It is worth knowing that Saddam gave priority to grant MKO’s demands and requests over all his plans and gradually this support was rapidly increasing in quality and quantity.

Rajavi’s flight to Iraq and the consequent meeting with Saddam and then with other Iraqi ranking officials followed with dollar allocations as well as granted military camp and logistics boosted a broad collaboration that lasted until the fall of Saddam. According to existing evidences, MKO received millions of dollars in Oil-for-Food program subsidies from Saddam from 1999 through 2003. In fact, the money that had to help Iraqi people survive was spent to guarantee the survival of a terrorist group to boost and support planning and executing further terrorist operations against the Iraqi and Iranian peoples.

There is no need to assert that the potential terrorists seek to expand their challenge if they receive abundant strengthening support. It was the case with MKO when settled in Iraq. Adhering to a hit-and-run strategy of armed struggle against the Iranian regime, Rajavi once more changed its tactic of overthrowing the regime emboldened by Saddam’s eye-caching aids. In less than a year, Rajavi had a National Liberation Army (NLA) under his command close to Iranian borders thoroughly armed and trained by Saddam. It was not hard to know where the costs of such an army came from.

The things have now greatly changed. There is no more a godfather to rely on but a nationally elected government that is determined to uproot terrorism and terrorists and to spend the country’s resources for their own real owners. There seems to be no rationale for allocating the very same food and fuel quota for terrorist MKO members residing in Camp Ashraf, but the Iraqi Government tries not to be tough for humanitarian causes. But, is the organization grateful?

According to MKO’s released reports, “since 2003, in accordance with a fuel rationing scheme for Iraqi citizens, Ashraf residents had a monthly quota for fuel and other products from the Iraqi Oil Ministry. They paid for and received their quota on a monthly basis”.

“Since the end of 2006, when Ashraf’s fuel quota was illegally cut off on the orders of the Iranian regime, Ashraf residents managed to obtain their required fuel primarily from outside Iraq and open market, facing enormous difficulties and paying several-times the previous prices. However, since July 2009, the Iraqi committee in charge of suppression of Ashraf has seriously hampered the entry of fuel into the camp, and has prevented all fuel entry completely since mid-October.”

The clime is mad at a time when the High Commissioner for Human Rights, Secretary General Special Representative for Iraq, and UNAMI are thoroughly informed of tasks and decisions concerning Ashraf residents. Never recanting for its hostile attitude towards two nations, MKO has adopted the tactic of showing as a martyr of injustice, a tactic that it believes works nicely when there is no effective advocate around to press the government as well as strengthening it in its atrocious, terrorist attitudes.