After ten months of picketing in front of Ashraf garrison:
Is there anyone to help the families whose loved ones have been taken hostage by Washington backed Mojahedin Khalq (aka; MKO, MEK, NCRI, Rajavi cult) terrorists? (Part Three) 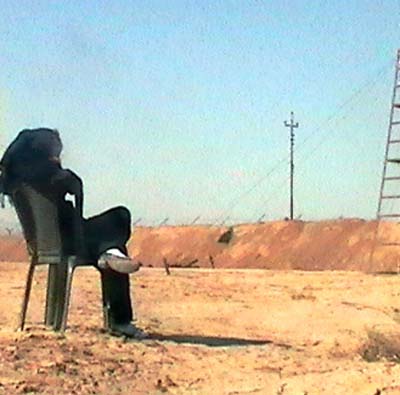 Ms. Mahrokh Rabbani,
It is now many years that she has been both a mother and a father for her children.
Now that the children are grown up, she has come to the gates of Ashraf garrison to find out about the fate of her husband.

Mahrokh has come to talk with her husband about her years of hard work and misery, but she is now facing barbed wire, ditch and dike as well as the internal and external security and political barriers.

Her husband has been a hostage of the Rajavi cult for years. He is now imprisoned inside Camp Ashraf.

Is there anyone who would listen to this patient mother and a self-sacrificing wife?

Will her sitting and waiting one day bear fruit?

What is it that Rajavi is so afraid of?

What hindering effect could a 3 hour meeting make to the 30 year struggle of a man and of his cult?

What would happen if free air would be breathed by the members held captive inside the camp? 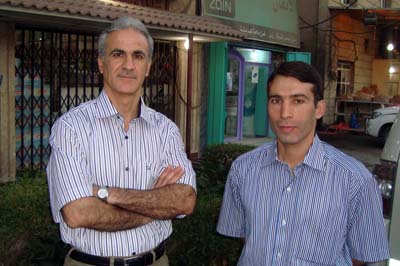 Mehrdad and Hojat,
They have managed to run away from the camp recently. They are now free.
After years of captivity, they are enjoying their freedom by taking a walk in the streets of Baghdad.

Their faces are hardly recognisable compared with when they had just run away from the camp.
It is as though they have been born again. They are fresh, they are alive once again.

Is there anyone who will take notice of the cries of the rest of the captives inside Camp Ashraf? 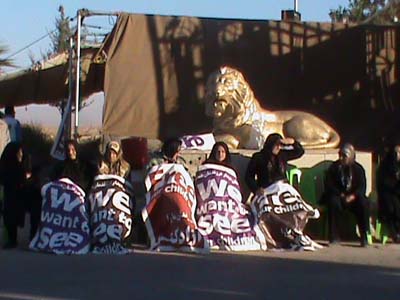 Mothers sitting at the gates of Ashraf camp as though they don’t feel the cold and the heat.
They have now passed the hot summer and are well on into the cold winter of the Iraqi deserts.

Does Rajavi know what they want and what has brought them here?

No. He only knows what he wants and is ready to sacrifice everything and anything for his childish fantasies.

One of the mothers said once: “I am not sure he himself knows what he wants”. 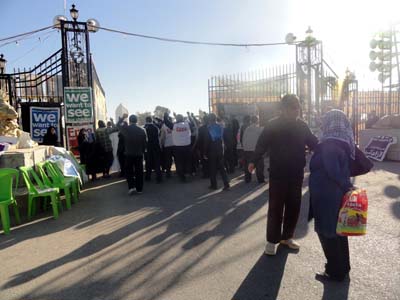 The gates of Camp Ashraf

The families have found a brief moment when the gates are opened to take goods in. They are rushing to the gate.

But soon they will find out that the path to their loved ones is more closed than they think. 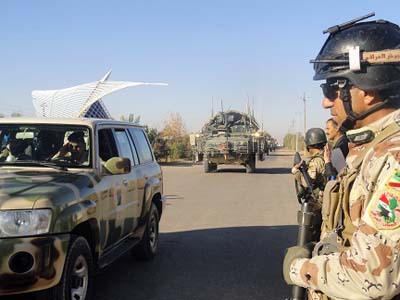 Will a day come when they can take their loved ones in their arms?
The Iraqi forces in charge of the security of Camp Ashraf
Rajavi is saying that the camp is under siege by the Iraqi forces. 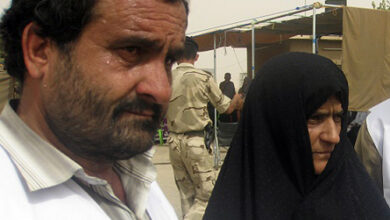 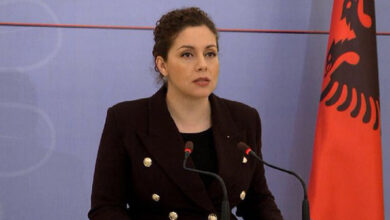 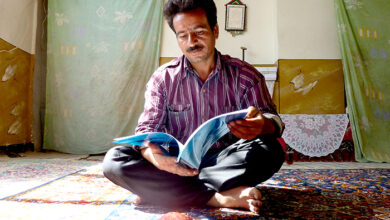