I am Mohammad Reza Najarian, former member of the Mujahedin Khalq Organization. Here, I

declare my separation from the cult of Rajavi [the MKO].

I missed about 11 years of my life as a member of the cult. I had left my family, my life, my younghood and all my other favorites for the sake of MKO and its leader, and the illusion of struggle for prosperity of the Iranian nation.

After I joined the cult in Iraq, I underwent too much suffering for over a decade. At least I came to the painful fact that the organization had abused me and thousands of other members who had once joined it devotedly and sincerely. It was nothing but a destructive cult of personality that was due to satisfy the interests of Rajavi.

I came up to make the decision so late because I was captured in the cult-like atmosphere of the group. The organization had cut us off the outside world and had barred the infiltration of any news or information from the world. 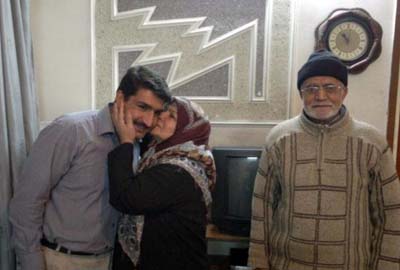 My family had several times come to Camp Ashraf during the past three years but I never got informed that my old parent had born the sufferings of such a trip to visit me.

I declare that the only thing that is not worth in his view is the life of human beings.