It is 10 years now since the Baghdad dictator, the only state sponsor of MKO terrorist cult up to now, has been toppled, but the members are still both mentally and physically captive in the hands of Rajavi. As far as the 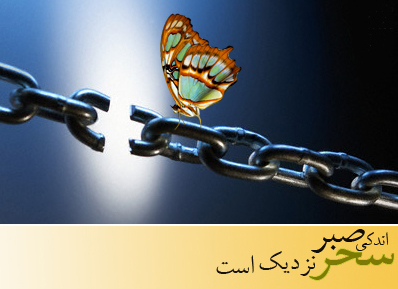 suffering families whose loved ones remain confined by the MKO are concerned, the fall of Saddam Hussein did not improve their situation and did not lead to their safety. On the contrary it ended in greater threat and suffering. The families are shocked by the passivism of international organizations, in particular the UN in the face of this situation.

The process of the past 10 years, particularly the past 3 years during which the families have remained in Iraq with the hope of learning about their loved ones’ wellbeing, shows that the only party who doesn’t want to lift the burden of the MKO from the shoulders of the oppressed Iraqi nation is Massoud Rajavi. It is obvious that the burden of the MKO – the legacy of Saddam Hussein and a threat to national security – under pressure from the 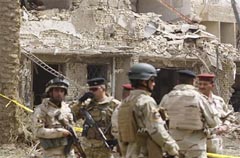 occupying forces, is still a problem for the Iraqis.

Previously we revealed reports from inside Camp Liberty that the top officials of the MKO were instructed to demonstrate that living conditions in Liberty are very difficult in order to feed the organization’s propaganda machine which in turn tries to put pressure on the UN and the government of Iraq, and follows the line of “getting back to Ashraf”.

News which has emerged following the hand-made missile attack on the camp which resulted several casualties, reveals that the officials of the MKO tried to impose every kind of obstacle to prevent the wounded being taken to hospitals in Baghdad in order to add to the loses. This attack, considering the atmosphere of revenge within some Iraqi forces that know the MKO as collaborators with Saddam Hussein in suppressing the Iraqi people, could easily have been predicted and the same threat still remains.

It is routine in the Rajavi cult to create martyrs and Rajavi calls it “opening a nut with blood”. In his previous speeches about the incident of April 8, 2011 which led to the deaths of 36 individuals, Rajavi had said that ‘with this amount of martyrs we managed to inspire the world and managed to delay evacuating Ashraf garrison’.

It is worth mentioning that in that incident some individuals died because the MKO prevented them from being taken to hospital immediately. Rajavi’s policy is to make the number of martyrs as high as possible for propaganda purposes. Now that Rajavi is following the path of “returning to Ashraf”, he strives to increase the number of dead in Liberty.

We know that the Iraqis did all in their capacity to help the wounded and gave every sort of aid to transfer them to hospitals in Baghdad and even managed to take some and have them treated. But the MKO officials of the camp deliberately tried to prevent this in order to increase the number of dead for propaganda use.

Rajavi tries to control both internal and external opposition and protest by claiming that he is struggling against the Islamic Republic of Iran and is giving so much blood for this struggle. He always pushes such claims at his critics instead of answering their sincere queries. He tries to legitimize his actions by claiming to have more martyrs than others.

Why does Rajavi insist on going back to Ashraf?

Considering the ongoing security status of Iraq, which is one of the worst in the world, it is obvious that the deceived followers of Rajavi residing in Camp Liberty do not enjoy any security. But the question is: if these people do not feel safe just outside Baghdad in an American base, how would they be safer nearer to the Iranian border and far away from Baghdad? If Rajavi is honest and his real concern is his followers’ security he should have asked for them to be transferred out of Iraq to a third country or at least to the west of Iraq further from the Iranian border.

The truth is that Liberty is much smaller than Ashraf and Rajavi’s cultic apartheid cannot be enforced in it so easily; gossip spreads quicker amongst the people and therefore cultic control is much harder. What has no place in Rajavi’s scheming is the life of the members of his cult and he even prefers to have more casualties for using in his propaganda campaign.

It must be mentioned that returning to Ashraf would be the clearest indication that the organization is to be restored for terrorist activities. This would make the present situation even more complicated and in consequence both the national security of Iraq and the security of the residents of the camp would be at greater risk.

Sahar Family Foundation which represents the families of the trapped members of the MKO in Iraq wishes to draw the attention of all international and humanitarian organizations worldwide, in particular the UN and UNAMI and the SGSR Mr Martin Kobler to the fact that while the residents of Camp Liberty are under the cultic rule of Rajavi they will not enjoy the least bit of security.

We urge all western countries and humanitarian organizations, despite all the obstacles created by Massoud Rajavi, to do all in their capacity to transfer the MKO members in Iraq to a third country and let their families be gratified.