US Likely to Use MKO as Private Army for Conspiracies

It is my fear that the MKO (the Mojahedin-e Khalq Organization also known as the MKO, MEK, NCR and PMOI)–if not stopped, will be used as a private army for America, Israel and the West to murder even more 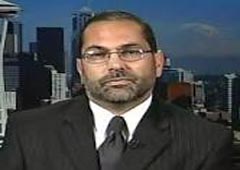 people than it already has, says an Idaho-based political analyst.

“I am very excited about what Iran is doing these days in steering the discussion into the right place with regard to terrorism, Israel, Zionism, Imperialism and the rest,” said Mark Glenn, from The Crescent and Cross Solidarity Movement, in an interview with Habilian Association.

"There is no other country like Iran in this regard, standing up to powerful countries with a strong, fearless voice and saying what needs to be said," he added.

He went on to describe the MKO as “an extremely dangerous entity,” due to the fact that “now it has been loosed from its cage and enjoys an air of respectability that it certainly does not deserve as a result of being taken off the terrorist list maintained by the government of the US.”

“It is a mercenary army of cult members who long ago surrendered their identities and their souls to an ideology that is alien to all that is good,” added Mark Glenn, of The Ugly Truth Radio Network.

“Once a person or a group of them has been robbed of their humanity, then all restraints are gone and they are capable of doing the worst, which the MKO clearly has done,” he added.

He underscored that the US government delisted MKO from its list of terrorist organizations only at the behest of Israel.

“My personal prediction is that the MKO–being Iranian–means that it is best suited for carrying out terrorist acts both in Iran and in other places such as the US and Europe where Iran can then be blamed.”

“Given that this organization was willing/able to kill as many as 17,000 of its own people, why would anyone think these animals would have any moral reservations about killing others from other countries?”

He concluded that horrific acts of terrorism, such as school bombings, killing of innocent children, etc, can be carried out by these murderous automatons and which can be then blamed on Iran in the interest of creating war hysteria in the West.

Rajavi has difficulty to please the US