I went to Camp Ashraf from America

Arash sametipour was living in the United States when he first heard of Camp Ashraf. He went there, he was trained and finally, one morning he entered Iran crossing Southern border. “The first thing to attract my attention 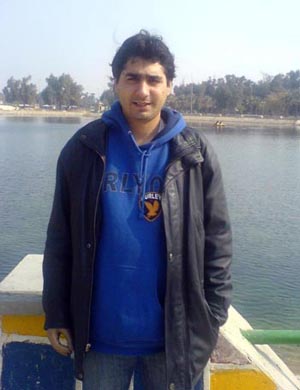 in Ahwaz [ a city near border] were children who were playing soccer, chasing each other and speaking Persian. I noticed children’s playing in other cities too. I was really impressed … I thought when I was at their age I was experiencing war. Those days, most nights we were awaken by air raid siren and had to go to shelters. We had only two TV channels and a lot of passionate revolutionary slogans… basically I don’t think my generation can claim to have had a childhood.”

My interview with Arash Sametipour was on the phone. He lives in Netherlands so we were not able to look in to each other’s eyes. It was too difficult for me to ask questions without knowing enough about his mental conditions. I knew I had to call him a “terrorist” some time during the interview but I didn’t know that he who is now trying his best to “fight violence”, regarded such an attribute as “fair”.

“In the morning you crossed the Southern border to enter Iran; did you know that you were officially going on a mission that would turn you in to a terrorist?” I asked him. He replied,”

Arash was not willing to speak of details of the mission he had been trained for but he didn’t disagree my hypothesis when I said,”let me suppose that you were going to Iran to kill someone or technically to hit someone."

“On that day I was in the place I was supposed to be just like previous days. But that day was different from other days. I was terribly tired. My country-fellow men may not understand what I mean. It may be a little hard for them to accept that there was no motivation, there was only tiredness. I just wanted it to finish… I remember the exact words I told God:”Finish it. Please finish it.”

Arash says that an hour after saying the “prayer”, he is arrested by the Iranian Police. The cops fail to search his body completely so at the Police station, he manages to get the grenade he has with him and eventually releases the trigger.

“The moment I released the safety lock, I wondered what was going to happen. Was it the end? Would everything go dark? Or would I be born like a baby once again? Right away, my mother’s image emerged before my eyes.”

I asked him if he had talked to his mother about the path he had chosen, before joining the MKO.

“My mother was seriously against it. My family had immigrated to the United States in 1995. We all had Green Cards and soon we were qualified to receive American citizenship. I was a student and a pretty good future was waiting for me…  The moment I released the trigger the image of my mother was so real to me that I forget to take the grenade near my chest – we were trained to keep the triggered grenade before our chest – but I was struck dumb by my Mum’s image , so I survived the explosion.”

Arash Sametipour was taken to hospital after he exploded the grenade in his hand. He lost a hand but doctors succeeded to keep his seriously wounded leg.

“Did the medical team of the hospital treat you with discrimination or hatred”?, I asked him.

“Well, it was and is natural. Iranian people have not forgiven the MKO yet but my medical team did their job well without any discrimination. After I was discharged from the hospital I was nearly sure that I would be sentenced to death but the then administration was reformist and the state was willing to show a moderate image. I heard that the MKO members were granted amnesty at that time. I was lucky that I was sentenced to life imprisonment. It was later reduced to 8 years and according to the law if you commit a crime for the first time you will be forgiven after you serve half of your conviction.”

“I Become a Teacher”. Arash sametipour has two important occupations now; he is awaiting the birth of his baby and meanwhile he is writing the book of his memoirs. He has his own weblog where he frequently writes of his memoirs and his daily routine.

I asked him who joined the MKO at the age of 21, “if 21 years later, your son come to you saying he has reasons to take gun and fight a government that he feels it should be reformed, what you tell him?”

“I’ve thought about it a lot. I guess if I am able to convey what I endured in the past, firstly to my child and secondly to the coming generation, they will be unlikely to repeat my experience.”

He says that if he were able to get back to the past, he would become a teacher rather than “an armed fighter against a government."

“I was not a person to change the history. I remember the words by Samad [the Iranian writer] ‘we thought everyone was in danger there but we went saw that only we were in danger!’ If I get back to Iran someday, I will become a teacher maybe I could pass my experience and the story of my life to the future generation in order to make them aware of this part of the history in which my generation and I lived our life.”