I am Mehdi Sojoudi a victim of the the Iranian MEK/PMOI (Rajavi’s Cult). I had spent 20 years of my life in this 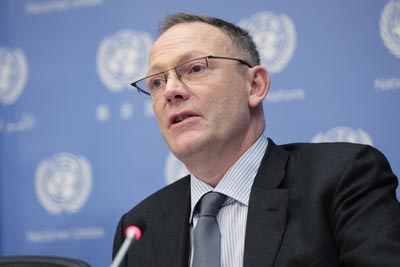 organization before defecting to Europe, where I now live. I would like to ask you to investigate the grave violations of human rights in MEK/PMOI and at the same time help release the enslaved members of this cult in Camp Liberty in Baghdad, Iraq and dispatch these victims to third countries.

As a victim and surviving witness of this Cult, I’d like to bring to your attention some human rights abuse practiced in MEK/PMOI.

– For more than 2 decades marriage is forbidden and with orders from the cult’s leader, Masoud Rajavi, all married couples were forced to separate and divorce.

– The leader of the cult called “family as the heart of corruption” and thus, many Families and family life were disintegrated and young children were taken away from parents and dispatched abroad.

– Any direct or indirect communications with family members have been forbidden for many years and members are deprived of any means of communications such as phones, internet, etc.

– Due to imposed isolation by the leaders, members are not in touch with the outside world. There is a systematic censorship imposed. There is no access to news and media outlets such as TV or radio or internet.

– Members who try to question or oppose these inhuman conducts are harshly suppressed. During Sadam Hussain’s rule in Iraq, many opponents of Rajavi were tortured and even executed inside MEK camps.

– Despite propaganda made by the leaders of MEK/PMOI that they defend women’s rights and equality, ironically women in this cult have suffered the most. After forcing women members to get divorced, Rajavi made many women to marry him and in fact set up a Harem for himself in his cult.

– Inside Rajavi’s cult, children have been widely abused, too. For many years children and under 18s in MEK/PMOI have been given military and ideological training and have been used to carry out acts of terrorism.

– MEK/PMOI has a long bloody history of terrorism ranging from attacking innocent civilians inside Iran to killing Iraqi Kurds minorities during Sadam Hussain’s rule in Iraq.

– There is a systematic daily mind manipulation and brain washing program carried out by the cult’s hierarchy on members. These victims have neither the right of choice to decide their own destiny nor the right of freedom of ex

– In many circumstances until very recently, members are forced to go through hunger strikes. These human beings are abused systematically and misused as tools by the leaders.

I call on you and your good office to do all you possibly can to help the victims of MEK /PMOI cult to be transferred to third countries so that they can enjoy a free life, away from the suppression and humiliation they are subjected to inside MEK/PMOI and away from the everyday bloodshed and threats in Iraq.

Finally, I would like to thank you for your humanitarian efforts for this cause and wish you success.