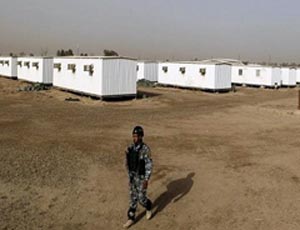 Mohammad Salman Al-Asadi; a security officer responsible for Camp Liberty protection quoted the escapees that they had planned for the escape months before.

The five are handed over to the United Nation’s office, Al-asadi added.

The names of the escapees are as follows: