Mr. Shir Ahmad Ruzrokh and Ali Mohammad Khatami who had left the MKO camp in Iraq earlier could manage to return to their hometowns where they joined their families. 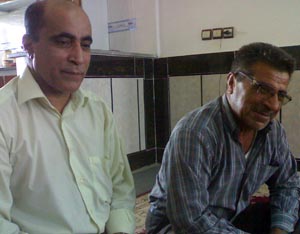 Shir Ahmad Ruzrokh was a war prisoner when he was deceived by the MKO to join it. Then he found out the bitter reality of the world inside the cult but he had no way out for 27 years.

Ali Mohammad Khatami was in MKO camps for 27 years too. He also was a soldier when he was taken as war prisoner by Iraqi forces in 1987. He then was recruited by Rajavi’s fraudulent propaganda team.

Ali Mohamad Khatami who joined his family in Nejat Society office in Mashhad was very happy to see his parents after years of separation. 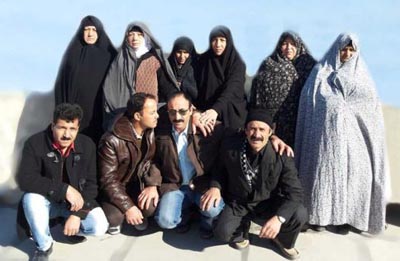 “I’m sorry and at the same time very happy”, he said. “I’m really ashamed to see my mother and father for the grieves I made them suffer for years.”

Nejat Society congratulates Mr. Ruzrokh and Mr. Khatami for being back home nearby their beloved families. And hopes the release of other ex-comrades who are still held as hostages in the MKO camps.