I, Mahmonir Iranpour, am writing to you about my brothers, Ahmadreza and Mohammadreza Iranpour, who 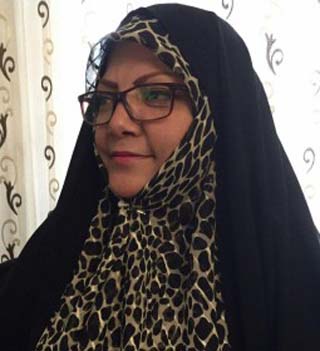 left Iran aiming to reach Turkey and then Canada or one of the European countries in December 2002 hoping to create a better future there. Unfortunately, on their way to Europe, in Turkey, they were caught by People’s Mujahedin of Iran (MKO) and then were taken to Camp Ashraf. For a long time, we were totally unaware of them until we were informed about their condition through those who had managed to flee from Camp Ashraf. Finally, for the first time, in January 2004, we went to Iraq and Camp Ashraf and succeeded in meeting them. However, we were not allowed to visit them privately in such a way that about 20 MKO members accompanied us stopping us from contacting them personally and privately.  Also, they told us that we could stay there for some nights providing no other family members were with us. Afterwards, in March 2004, we revisited Camp Ashraf with three other families. This time, not only didn’t they let us meet our brothers, but they also imprisoned and investigated us. Although a number of children and elderly people were accompanying us, they deprived us of any food for a night and then in the morning they beat and expelled us from Camp Ashraf. Afterwards, we wrote to an American commander, who was there, and sued them for what they did to us. Also, after returning back to Iran, we wrote to Human Rights Watch and complained about what they had done. At the same time when Human Rights Watch was addressing our proceedings and they were condemned, we received an Email inviting us to Camp Ashraf in November 2004 saying that this time we would be allowed to meet them provided that we were alone and no family accompany us. Having been unaware of the situation that they had been investigated by Human Rights Watch for what they had done, we went to Camp Ashraf being incognizant of their conspiracy. We and my brothers, who were dressed up formally, stayed there and were filmed. After returning to Iran, we had a telephone contact with Human Rights Watch representative in London named Doroodi, who told us that we lay and that we both had met our brothers and had taken photographs with them in Camp Ashraf.  They deceived us by taking photos pretending that we had met our brothers using these photos against us in Human Rights Watch proceedings. Now, according to your sound judgment, are they liars and fraudulent or us??

Why were deprived of meeting with our dear ones while it is a basis right and one of the elements of human rights? Our brothers are kept in Camp Liberty which is a very small place surrounded by barbed wire and concrete walls. They are physically and mentally trapped by Rajavi sect. you know that you are sometimes attacked by these people. We fear that our brothers may get hurt and we are for a long time unaware of their condition.  I hereby should remind you of binding protocols approved in United Nations High Commissioner for Refugees committee as regards the fact that refugees are entitled to choose their destination, education, contact with their relatives. Here is the question, why we are deprived of these rights and why this commissioner, as protector of refugees’ and our rights, evade their duty and deprive us of our basic rights?

I have repetitively asked for visiting both through Email or telephone contact. But, every time what I receive says that MKO members don’t allow any chance of visiting our brothers. Here is the question, generally wherever a group of people are under control of a commissioner, they should abide by the commissioner orders. Your responses in this regard are not acceptable. Unfortunately, it seems that instead of employing international regulations as regards defending refugees’ and their families’ rights, the commissioner acts against  United Nations High Commissioner for Refugees committee decisions which is detrimental to those imprisoned in Camp Liberty.  It is our right to meet our brothers and we expect you to defend this right, not to deprive us of it.

Finally, I suggest that you read protocols approved by United Nations High Commissioner for Refugees committee. Also, since I see myself entitled to these rights, I ask you to provide me with an opportunity to be able to meet my brothers.

Mahmonir Iranpour, sister of Ahmadreza and Mohammadreza Iranpour, who are kept in Camp Ashraf