Open letter to PM Edi Rama. Who is in charge of the safety and security of transferred Mojahedin Khalq (Rajavi cult) members in to your country?

Your Excellency Edi RAMA , the prime minister of Albania 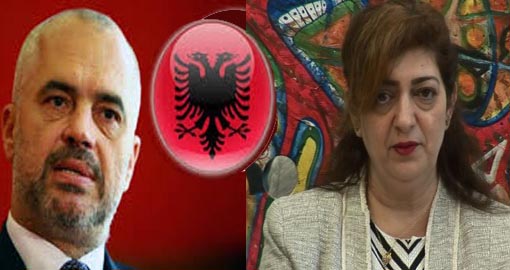 I am Mrs. Zahra MOEINI, the separated member of people’s mojahedin organization of Iran ( Rajavi cult) , the terrorist cult which is residing in your country . Once I wrote a letter to you in 25.02.2016 and in that letter I warned you and your government that you and your government should be vigilant and careful about the operatives of this cult in your country. In that letter I emphasized that the only hope for those middle aged and old members of this cult who have been stuck in Rajavi cult under severe and harsh condition , is to be free of all those organizational barriers and obstacles in your country and in that letter I explained to you about the crimes of those cult operatives in your country , for that reason I urge you not to allow that this notorious and criminal cult take advantage of your country like they did in Iraq during Saddam HUSSEIN’s government and peace and tranquility be taken away from your country and your people .

In recent weeks we have received some information about those stranded and stuck members in your country that Mr. Mehdi ABRISHAMCHI , one of the high ranking officers of this cult , and some other operatives by the direct order of Mrs. Maryam RAJAVI , the cult leader , have been sent from Paris to Albania and he specially has been ordered to stay and work in this notorious cult in your country . His duty in that cult in your country is to yell and threaten the members who are dissident and want to separate from this cult , some of his threats against those members are as follows:

Albania is in our control and just with a simple phone call to internal minister and immigration office in Albania , we can do whatever we want .

The Albanian government is in our control and we can do whatever we want .

We have enough power and ability in Albania to destroy your refugee cases in Albania like we did against those separated members in Europe and in here , like Ehsan BIDI and Siyavosh RASTAR. The ones who want to separate from us , they should know that if they talk against our organization or if they get in touch with other separated members , we will block and destroy their refugee cases .

The question is how does Mr. Mehdi ABRISHAMCHI , claim that he and his cult has the upper hand in dealing with those members in Albania ? Do another Saddam Hussein support them, so he can talk and threaten like that ? This is a question that the Albanian government should respond and they should answer this question as well , how do Mr. Abrishamchi and other cult operatives threaten the cult members to death and destruction of their refugee cases in Albania?

Have you and your government given such a permission to the cult operatives in your country like Mr. Abrishamchi and others, to talk and threaten freely and publicly against those stranded and stuck members who have not been able to see their relatives and loved ones and been separated from the free world for long time because of this terrorist cult?