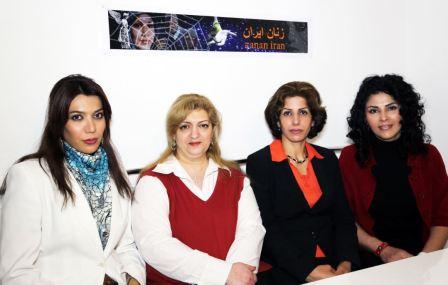 We are the members of women association in Germany and we are activists against sectarianism and each one of us has the experience of being deceived by Rajavi cult which is known as national council of resistance and they are trying their best to infiltrate and impose themselves in human rights organizations.

Since the improvement of relations between Iran and Albania and the opening of your embassy in Iran and vice versa , there has been lots of incidents for the members of the Rajavi cult, in their internal affairs ,who have entered in your country as refugee . The members who are willing to separate from this notorious cult, are confronted with lots of psychological pressure and false propaganda just to be forced to stay in this inhumane cult. Recently we have been informed that the leader of this notorious cult, Mr. Massoud Rajavi, which his death news was announced by the Saudi Arabia prince and the former minister of intelligence, has sent a message to the members of this cult in your country which shows that the internal situation in this notorious cult is very critical and chaotic. According to the news from Albania , the next day after the wave of happiness among the members of this notorious cult because of new relations between Iran and Albania , the leader of this cult , Massoud Rajavi has sent a message to the members of this cult in Albania and in this message he said what has happened to each one of you?……. nothing has happened …………, this is just a regime political game , but for Albania it is just financial subject …………we are trying our best with our  political friends in Albania not to allow such a political agreement happen between these two country……………. In this message, the leader of this cult has mentioned that if your families come to visit you , you should not go to see them by no means …………. Whereas each one of us , has a loved-one in that notorious cult , Mrs . Zahra Moeini has three cousin in that notorious cult who one of them is very sick , Mr. Akbar Moeini is suffering from cancer and there is no way to get in touch with him . Mrs. Homeyra Mohammad Nejad has a cousin in that inhumane cult and she does not have any news about his well being whatsoever, she just knows that his cousin is very sick . Mrs. Batul Soltani , her husband is in this cult and she has been informed that her husband is suffering from his heart and she does not have any news regarding his well being whatsoever . We would like to visit our loved-ones in this cult in your country and we urge you not to allow the leaders and operatives of this cult to use your country for repression and suppression of those stranded and stuck members like they did in Ashraf and liberty garrisons in Iraq and take away tranquility and peace from your people and your country. We have urged you many times not to allow the leaders and the operatives of this notorious cult to speak for those stuck and stranded members , we are urging you to accommodate them as individual figures in your country . We are ready to inform you more about the exploitation and slavery methods in this notorious cult