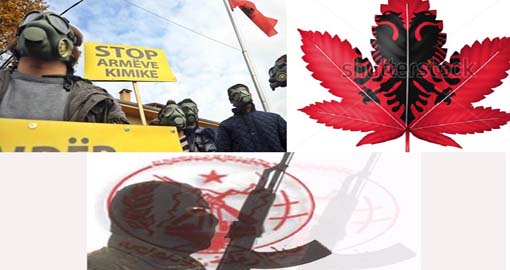 As you are aware, it is now one year since the great majority of members of the Mojahedin-e Khalq Organization (MEK, MKO, Rajavi Cult) have taken up residence in Albania. These individuals were brought to Tirana by the UNHCR and are recognized as political refugees in this country. However, the UNHCR – contrary to all UN laws and regulations – has treated them as a group and not as individual persons, and has surrendered authority for them to the MEK leaders. The payment of their monthly refugee allowances is also given into the hands of the group.

Over the past year, many members have left the organization. The MEK, according to the commitments made in an agreement with Geneva, has paid their allowances to them. Then gradually the organization started to reduce and cut the monies given to the former members under the pretext of different excuses such as ‘contacting their families in Iran’. At the beginning of this month (September), the MEK announced that it would not pay anything to anybody.

The former members, who have no income and no family support in a foreign country, complained to the UNHCR in Albania (RAMSA) and other official bodies in this country. The formers asked to have their allowances paid directly to them. The response of the UNHCR and other authorities was simply to tell the MEK to start paying the allowances again and fulfill its commitments.

Today we learned that Maryam Rajavi has informed the UNHCR and some of the former members that they would start paying the allowances again according to their commitments.

But the former members do not want their lives to be controlled and dictated by a destructive mind control cult which abuses the most basic human rights of its members. Such an arrangement allows the MEK to do and demand whatever they want and to hold the monthly allowances as ransom for these conditions. As an example, this cult coerces some of the former members to act against others and spy on them in order to get their own money.

As the representative of the suffering families, Sahar Family Foundation urges you to send inspectors to investigate the gross and open violations of human rights against the former members of the MEK in Albania by Maryam Rajavi and the MEK with the assistance of the RAMSA. Unfortunately, international and humanitarian organizations have remained silent over this matter and have failed to do anything to prevent further abuses.