A delegation of Women Association and Ava association attended a conference by socialist democrats of the European Parliament on Thursday May 24, 2018. 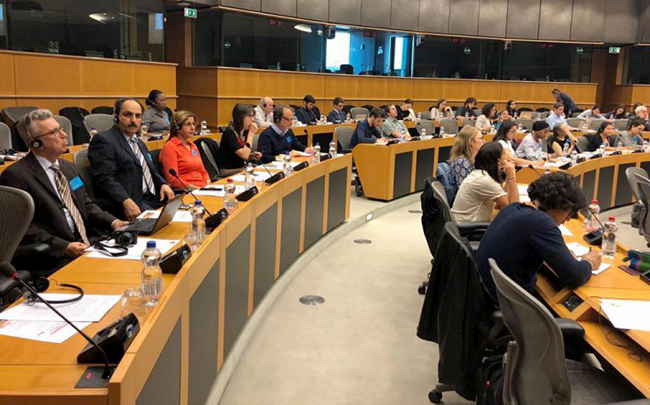 The conference was held to discuss the legal and humanitarian situation of the refugees in Europe. It was headed by MEP Antonio Panzeri member of the Progressive Alliance of Socialists and Democrats.

Challenging the leadership of the MKO, Reza Jebeli addressed the audience:

“We were all members of the organization [that was] based in Iraq. We were there for many years. We were disconnected from the outside world. We had no relation with our families. Many of our loved ones died during the years. We had no way to contact them. We were with this organization called Mujahedin, Iranian Mujahedin.”

Mr jebeli went on to demand the president of the event to watch out Maryam Rajavi’s visits to the Parliament. “The next time Maryam Rajavi -which comes here to the parliament hall all the time and talk about human rights—ask them about this two thousand people that right now is in Abania [in a] refugee camp and they are segregated and they have no right to visit their family,” he stated. “So this is a question I will ask you please if you could investigated the situation in Albania.”

He also warned the European parliament and the UN on the relocation two thousand members of the MKO as an organization that was previously listed as a terrorist group in a European country.

Mr. Jebeli expressed his concerns about those who are still in the MKO military-like camp in Tirana because they have no way out. He described their situation as “dangerous”. “The enemy of your enemy is our nightmare”, he asserted. 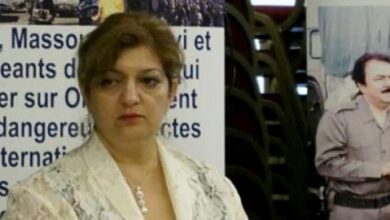