Ebrahim Khodabandeh and Zahra Mirbagheri visited Ana Gomez, member of the European Parliament during her trip to Tehran.

Ms. Gomez traveled to Iran together with a delegation of the EU parliament, last month. Nejat Society representatives Khodabandeh and Mirbagheri could manage to meet her on Thursday, February 15th reciting the problems and sufferings that the families of Rajavi’s hostages undergo. 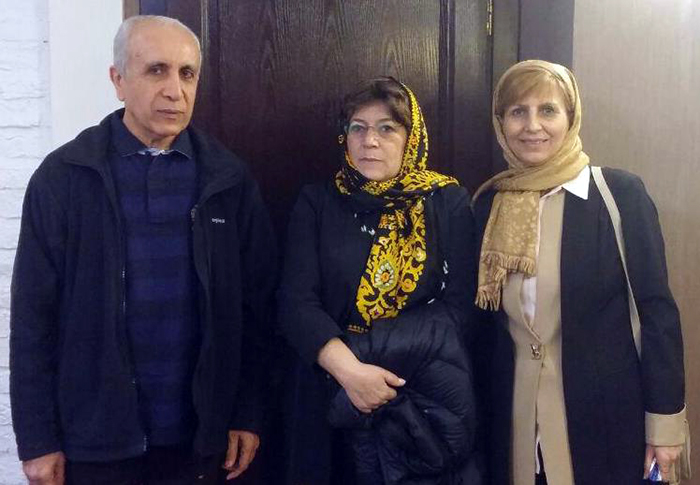 They explained the latest conditions of the group members and defectors and the worries of families about their loved ones in Albania. They answered Ms. Gomez’s questions about the case of MKO victims as she was very eager to know about their case.

Ms. Gomes asked Khodabandeh and Mirbagheri to have a trip to Brussels in order to clarify the case of MKO victims for the EU MPs and to explain the objectives of Nejat Society. Besides, she promised to have a future trip to Iran, exclusively to visit the families of MKO hostages.

She noted that she knows some of the MKO survivors in Brussels and she has officially condemned the violent acts of the MKO agents against them in the EU parliament. In her opinion, the MKO’s terrorism is opening its way to Europe and this is disturbing. “Today we should stop this cult, tomorrow is late”, she said.

Appreciating the deep understanding of Ms. Ana Gomez about the threats of the Cult of Rajavi, Nejat representatives showed gratitude for her support for the cult survivors in Brussels.