I, Zahra MOEINI, am the German citizen who had been a member of Rajavi cult or better to say a captive of this cult in Iraq for many years. 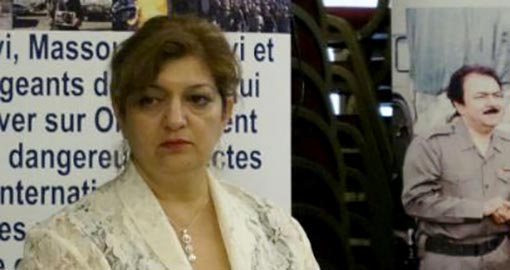 The reason that i say i had been a captive in that notorious cult in Iraq because we as members of this cult did not have any right whatsoever to communicate with the outside world and our families and all the married members in that cult had to get divorced from their spouses by the direct order of the leaders of this cult, Massoud and Maryam RAJAVI. These divorces were not just for married members of this cult but the single members had to divorce their imaginary spouses in their minds as well

After those compulsory divorces , the married members of this cult who had child or children had to send them away to foreign countries or to Iran and some of those children who were separated from their parents forcibly were sent away to European countries and United States to the associations which were founded by this notorious cult in those countries and those associations under the pretext of supporting those children began collecting money from the government and people but all those money were transferred to rajavi accounts for purchasing weapons and military equipment . In 1992 , when i was a member of Maryam RAJAVI security guard left Iraq to France with Maryam RAJAVI and 450 members of this cult . The operatives of this notorious cult in France told me to go to Germany. In Germany the operatives of this cult forced me to go on streets to ask people for money and because i was wounded in Iraq the operatives of this cult wanted to take advantage of my wounded body to collect money for Rajavi account and they were saying that European people are dumb and my wounds attract them to pay more money

The operatives of this cult were informing us all the time that we should not talk about those secrets to anyone .While i was in Germany , i saw some of those children who were separated from their parents in Iraq forcibly , were stranded in subways and i heard that in United States , California , some of rajavi cult supporters raped some of those children and they got arrested but while they came out for the leave they could escape from that state by the cooperation of rajavi cult . while i was in Germany , i found out about their hypocrisy , fraud , and deception , i found out they did not care about the life and the well being of those stranded and stuck members in Iraq , I found out that this cult is the worst enemy of the families, so i escaped from this cult while i was in Germany, and i informed the German government about all my experiences and information that i had seen and witnessed about this cult during my membership in this cult , as a result of that i have been sentenced to death since then by the direct order of Massoud and Maryam RAJAVI . EXCELLENCIES In 11 of Jan 2018, you were invited by National Council of Resistance (PMOI, MKO) and you had a meeting with Mrs. Maryam RAJAVI in Ouver Sur Oise and she informed you about the recent political unrest and events in Iran

It is true that there were many unrest and demonstrations in Iran and some people had been killed in those unrest and around 3700 people are in jail right now. The iranian people began their demonstrations and their dissent of the government for poverty and financial problems , if you saw the demonstrations of iranian people on the streets of Iran , you could have found out that no one mentioned the name of this cult or the names of its leadership in their slogans . If Iranian people are suffering it is all because of rajavi cult wrong doings and terrorist policies during these thirty years which helped stabilizing the iranian government for many years and by interfering, patronising and encouraging the people for demolishing and destruction and shouting violent slogans to spread violence, resulted in suppression , failure and defeat of those who came on streets in Iran for their rights . Mrs. RAJAVI has not adhered to Democracy , Human rights and freedom whatsoever

She has captivated around 2000 people in Albania and she has taken away their right to live freely and independently . Those stranded people in Albania have been deprived of their fundamental rights and they are not allowed to have access to the internet and personal cell phone

How can she bring democracy and freedom for Iranian people in Iran while she has taken away the fundamental rights of her own members and followers for decades ? Mrs. RAJAVI always takes advantage of the dignity of you excellencies and other honorable members of parliament for her own inhumane objectives and suppression of her own members . I would like to mention one of Mrs . RAJAVI’s hypocrisy in this letter; There was a PMOI gathering in Villepinte in Paris In 2016 and in this gathering Prince Turki Al FAISAL one of the princes of Saudi Arabia , mentioned twice the name of Massoud RAJAVI the husband of Mrs. Maryam RAJAVI and the main leader of this cult as deceased person and it created un ambiguity among all those people participated in that gathering and the cult members that if Massoud RAJAVI is dead why his wife MRS. Maryam RAJAVI herself who is the top leader of this cult , does not declare his death ? many iranians who are living outside of Iran asked this question from the leadership of this cult but there has not been any answer up to now!!!! Since then the leadership of this cult has kept silent about the death of Massoud RAJAVI and as a result of that nobody knows exactly that he is alive or dead !! but in recent weeks that there was many unrest and demonstrations in cities of Iran for poverty and financial problems and ……etc, suddenly

Mr. Massoud RAJAVI sent 5 written statements that he encouraged people to destroy and demolish and violent actions in those statements . I requested many times that Mrs . Maryam RAJAVI and i have an debate on television but up to now she has not responded yet because she is afraid of us ( the separated members ) she knows perfectly that if she accepts to have a debate with us she will not be able to answer the questions which we are going to ask and she can not lie to us because we know everything and we were living in that cult for many years

The Iran Protests, Regime Change, and the MEK

Albanian based MEK terrorists threat to security of...

Debate in the European Parliament ‘What is to...