Following the years of the presence of the Mujahedin Khalq Organization (MKO/ MEK/ PMOI/ Cult of Rajavi) in Iraq, in Saddam’s era, who fully supported the MEK and also after the American invasion to Iraq, the group leaders never imagined that they would have to leave Iraq one day.

But these events eventually took place and the will of the Iraqi people won all the lobbies and pressures of the supporters of the MEK. The destructive cult of Rajavi was ultimately forced to leave Iraq. 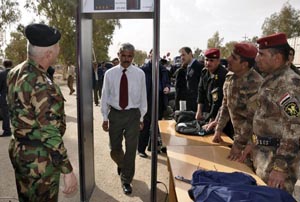 In the last months of the MEK’s presence in Iraq, the leaders of the group who did not want to admit this expulsion order, took several actions to prevent the Iraqi government from enforcing this legal decision. One of these actions was the display of the support of the Iraqi nation, including the minorities and tribes. But the fact is that the history of harassment, betrayal and the loss of financial resources on behalf of the MEK will never be erased from the memory of the Iraqi people. 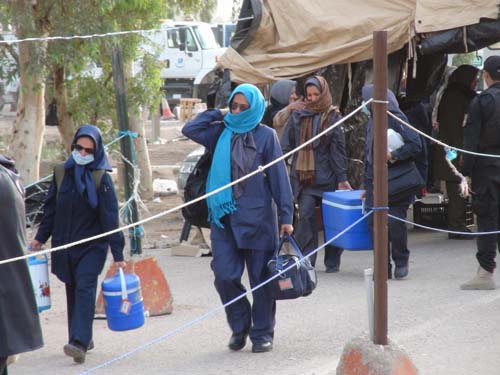 However, the MEK leaders tried to demonstrate to the European authorities that Iraqi people have no problem with their presence in Iraq and even support their terrorist group. That was why, from time to time the MEK media used to show some Iraqis, members of the tribes living in the neighborhood of Camp Ashraf as guests of the groups in various occasions. They were allegedly there to express support for the continued presence of the MEK in Iraq.

Getting help from some corrupt officials in Iraq who talked about supporting this terrorist organization and their need to remain in the country was another part of the organization’s tricks in Iraq. They made efforts to link with other political authorities.

Among their other actions was the insertion of fake news in Iraqi newspapers and media of the so-called support of groups, including guilds, political organizations that, according to the MEK, they all wanted the remaining of MEKin Iraq. These adverts, which were published by some Iraqi newspapers as a result of MEK payment, eventually did not come to an end, and the deportation order of the MEK was signed and executed from Iraq, and the members of this terrorist group went to Albania.

In addition, MEK enters the individuals and media in channelized way to Ashraf Camp 3 to pursue the following objectives:

There is, however, a question and a possibility that can be explained by the similarity of the behavior of the MEK in Albania today and the actions of their past years in Iraq.

The question is why the organization is acting in Albania like its late months in Iraq?

Is it not that the MEK afraid of the possibility of expulsion from their current location and the same fate as what happened in Iraq!

Indeed, the organization, with the experience gained in Iraq, is well aware that it may be fired from Albania again, and knows better that this fiasco may lead to a complete collapse and the loss of all members.

According to news and documents recorded in the late years of the presence of the MEK in Iraq, one of the mechanisms of the organization to stay in this country was to exclude their expulsion of the priorities of the Iraqi government.

To achieving this goal, the MEK tried to create a number of security challenges for Iraq, including the role they played in designing terrorist acts, including bombing, training the suicide bombers of Takfiri groups and creating religious differences.

According to documents and news released by the Iraqi police in several bombings in the country where its agents were arrested, the footprints of the MEK, and even the presence of members of the organization that directly participated in the operation, have been discovered and proven in many cases.

However, this costly measure for the oppressed and Muslim nation of Iraq was not effective for the MEK it points out that, as the Organization’s propaganda and political actions to stay in Albania with a pattern of their behavior in Iraq, the risk of choosing the options for security challenges and the terrorist acts can also be placed on the agenda of this organization, which has a history of crimes and assassinations.