The formerly designated terrorist of the Mujahedin-e Khalq has sent its agents among the Albanian vulnerable groups and the community of Durres region under the cover of charitable activities.

The MEK’s rank and file are located in the village of Manez in Durres in a barred camp called Ashraf 3. Regarding the violent past of the group with a background of numerous terrorist activities and cult-like attitudes. The group threatens the lives and peace of Albanian citizens, risking their public safety under the cover of providing free medical services to vulnerable groups and the community. 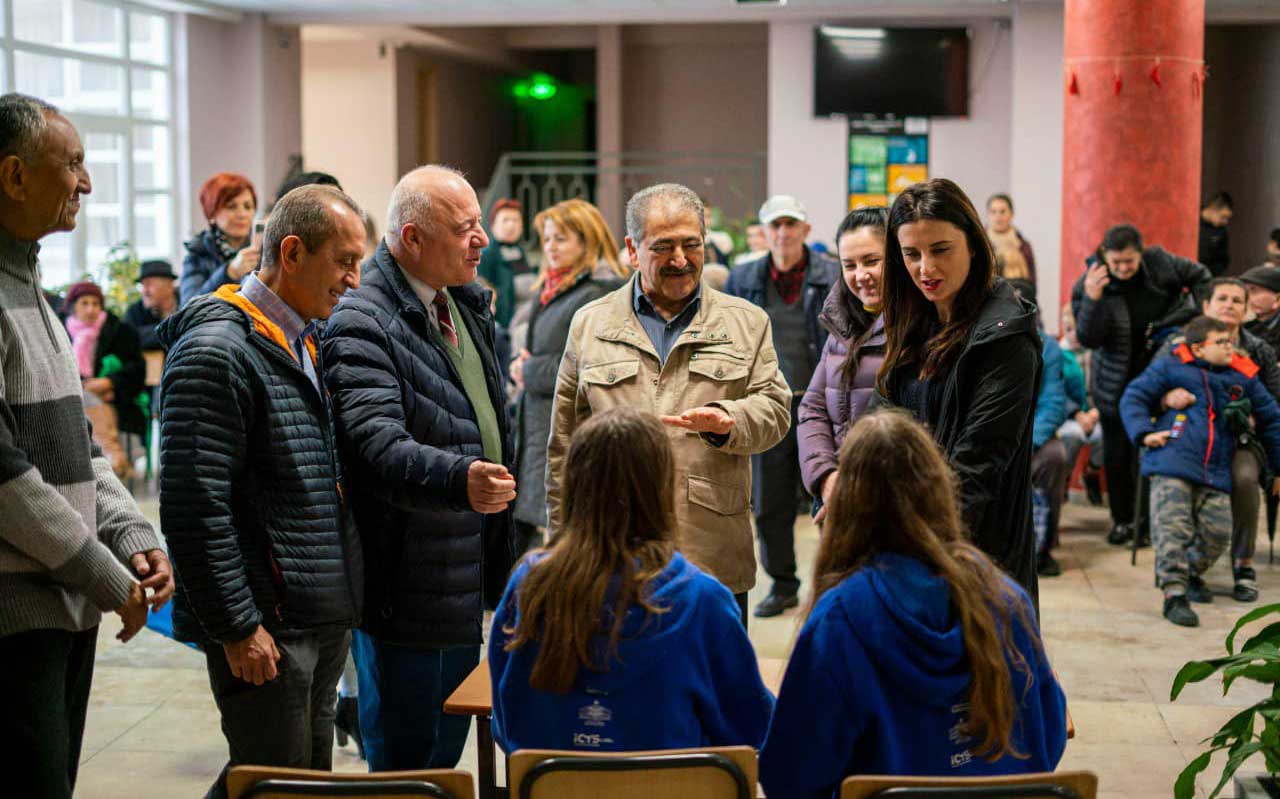 Emiriana Sako; the mayor of Duress at the MEK event

The mayor of Durres, Emiriana Sako, who seems to be perfectly blackmailed by the MEK agents, have posted pictures of the event held by the MEK in one of the schools of Durres appreciating the “Ashraf 3 representatives” financial aids to bring doctors from the United States of America to launch this “humanitarian initiative”.
This is while, the most recent stance of the United States administration against the MEK was published a few weeks ago. On November 15th, the US State Department spokesperson told media outlets that it “continues to have serious concerns” about the MEK, including long-standing allegations about abuse committed against its members.

As the MEK’s high-ranking member, Behzad Saffari is seen in the photos flattering Ms. Mayor of Durres, she should be warned about the fate of MEK’s former charity activities that were banned in England and Germany. While the MEK is considered a very wealthy organization with unknown financial resources, its charities to raise fund have been always under scrutiny.

According to the 2009 report of the American institute, RAND Corporation, “Although a large portion of the NCRI’s funding was provided by Saddam Hussein and some came from Saudi Arabia, the NCRI also raised money through fraud. For example, until recently, MeK supporters sought donations at airports and public parks, often showing gruesome pictures of women who had been tortured by the IRI, by claiming to raise money for human rights victims in Iran but funneling the money to the MeK instead. The FBI arrested seven MeK supporters for raising more than $1 million for a sham charity, the Committee for Human Rights in Iran, at Los Angeles International Airport. The British Charities Commission closed another MeK sham charity, Iran Aid, after finding no “verifiable links between the money donated by the British public [approximately £5 million annually] and charitable work in Iran.”14 The German High Court closed several MeK safehouses, “foster” homes, and compounds after an investigation revealed that the MeK fraudulently collected between $5 million and $10 million in social welfare benefits.” (RAND report, P. 59) 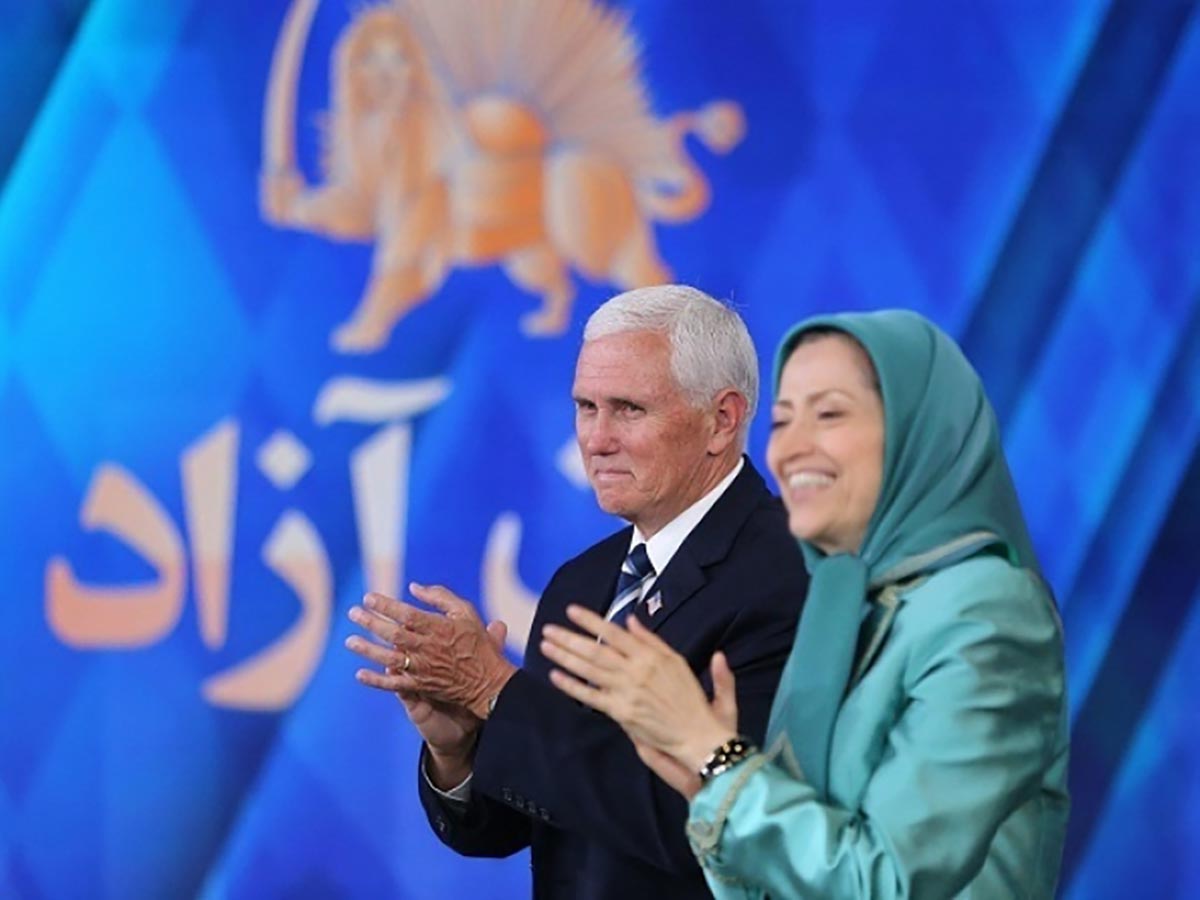 Disguising as benevolent guys, the agents of Maryam Rajavi try to deceive the Albanian public opinion. This is not the first time that they offer free doctor and glasses to the citizens of their neighborhood. Offering a free trip to Europe to American doctors with free residence in luxurious hotel rooms is what the MEK has expertise in.
For their so-called annual great gathering weather in Albania or Paris they are used to spend lavish fees to host Western speakers. The news media are filled with the accounts of MEK’s paying large amounts of money to former politicians in order to speak on behalf of the group. A large number of Western politicians have been on the MEK’s payroll: National Security Adviser John Bolton and the president’s personal lawyer, Rudy Giuliani, have both charged hefty fees to speak at MEK rallies in the past few years. Mike Pence, former US vice-president and his wife were the most recent high-profile figures who were received by Rajavi, in Ashraf 3, in June.

Nevertheless, The MEK propaganda accuses the cultural activities of the Association for the support of Iranians Living in Albania (ASILA) as a threat for the Albanian citizens while the association has been founded by former members of the group, itself. Activities of ASILA including holding book fair or donating notebooks to students are clearly aimed at developing cultural links between the two countries.