Massoud Khodabandeh is chartered engineer of electronics from Leeds University, UK. While he was studying in Newcastle to gain engineering diploma, joined groups of students opposing the Shah’s regime. In 1978, Mr. Khodabandeh co-founded the Society for Iranian Muslim Students in Newcastle Polytechnic, which included MeK members and sympathizers. He notes that nearly all persons who joined the MeK after the revolution were either pupils or technical students.

“I was first introduced to politics in Iran, but became more interested in the various opposition groups while a student in Newcastle. I joined groups of students opposing the Shah’s regime, and in the last 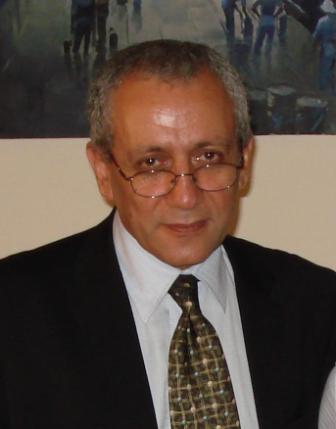 years of my stay in Newcastle became more and more interested in the so-called ‘revolutionary groups’, one of which was the Mojahedin-e Khalq Organization of Iran (MKO).” Massoud Khodabandeh describes that period. “In those days the Mojahedin comprised no more than a group of martyred or imprisoned young people who were [considered] as followers of Ayatollah Khomeini.”

In 1981, Mr. Khodabandeh in Paris joined Massoud Rajavi and the other Mojahedin, who had fled Iran following the MeK failed revolt on June 20. With fluent English and a little French, Massoud Khodabandeh was assigned to a team specifically taking care of Rajavi’s personal affairs. He travelled to Baghdad a few weeks before the arrival of Massoud Rajavi from Paris.

During the years of staying in Iraq, Mr. Khodabandeh participated in many joint projects with the Iraqi army. These included electrical and Telecom training to the Republican Guards of Saddam Hussein. During these years, he also escorted Maryam Rajavi on her holidays to European as well as Arab countries across the world.

Up to 1996, Massoud Khodabandeh was a high ranking commander of the National Liberation Army in charge of the security of the leadership. He was also member of the Executive Committee of the MeK a member of the National Council of Resistance of Iran, the so called political wing of the Mojahedin. On that year, he seceded from the Rajavi’s clult. According to Mr. Khodabandeh, from year before, he was disagree with “un-diplomatic, un-political, and in many cases inhumane conducts” of Rajavis. In 1996, he left the organization to London and presented himself to the British authorities (and later the French authorities. )

Currently, Massoud Khodabandeh is director of Middle East Strategy Consultants and engages in helping the authorities in Iraq to bring about a peaceful solution to the impasse at Camp Liberty and help rescue other victims of the MeK cult.

Maryam Sanjabi of Call of Truth has interviewed Massoud Khodabandeh about untold story of the MeK. What follows is an excerpt of the interview:

• The MeK ideology which is mixture of Marxism and Islam could not hide its contradictions within itself forever. On the other, only a person with abilities, motivations, and psycho complexes of Rajavi could bring the MeK to the current point.

• There would be disputation over causes of this disaster (the MeK), but no one doubts that it is a real disaster. Today, all agree that this group has all the specifications of a cult. But a cult that pretend being an organization.

• “Organization” has distinctive feature, as “cult” has. It is not possible that a group for 30 years has a self-styled leader at the head, and his wife, with repugnant obscenity, calls herself “president”, at the same time has not one page of Statutes, regulations, laws, and methods. Furthermore, which organization every day shifts its policy and strategy and tactics?

• The MeK has all the features of a cult. The Cult Information Center, based in London, provides a definition for cults that most specialists and psychiatrists verify it. It says that a cult or sect is a group that has all five characters below:

(In case of Rajavi’s cult, it is enough to refer to brainwashing sessions, ideological revolution, the so-called boiler meetings and daily reports)

3. The founder or leader is self-appointed, dogmatic, messianic, unpredictable, and charismatic.

4. Believes that “the ends justify the means”.

5. Cult’s wealth does not benefit its members or society.

• Under Saddam, Rajavi used to receive capita per the number of members. The higher the numbers, the more earnings. That is why he gets people into Iraq and keeps them there.

• Out of 210 members who entered Albania, 75 of them upon arrival announced defection and even refused to stay with the others one night.

• Rajavi, best of all, knows that the main threat to his organization neither is IRIG nor is Iraqi army. His threats are those who have been deceived for three decades to work without pay. Masoud and Maryam have repeatedly said that someday one of those people will kill them.

• Preparing food and other daily necessities of Maryam and Masoud Rajavi was at the hand of Hosein Dalili, brother of Bijan Rahimi (Khosro Itelaat). As you know, Hosein Dalili recently died in Iraq due to cancer and Rajavi until the last day refused to send him out.

• Masoud Dalili, senior commander of Rajavi’s escort team, two years ago escaped from the MeK. But they could kidnap him from the Baghdad Hotel, and return to the Camp Ashraf. There, after two years of torture, they killed Dalili and burned his face so maybe the Iraqi forces not discover his identity.

• In meetings with the chief of Iraqi intelligence, Dr. Barak, Rajavi used to obligate me to buy a special Cuban cigar that its maintenance needed to a box made in Cuba that with its special equipment kept constant temperature and humidity. Similarly, when Baghdad was under bombardment of US army, I was required to purchase several dozen types of specific French cheeses for Tariq Aziz who was stationed on the last floor of Rashid Hotel (the site was partially protected from air attack due to the presence of reporters).

• Rajavi is not a normal man. He is a different person and knowing him is a different job. Rajavi’s illness is odd and very dangerous. For myself, I’ve seen different persons at all levels but I dare to say that I’ve never seen anyone like him who has no boundaries in no field except self-preservation. I think that anybody has a boundary that eventually stops over it. Ordinary persons no way can break boundaries into infinity. It requires madness; an exceptional madness that Rajavi has it. He is the only one who still hunts for new boundaries to burst it and be satisfied.

• Maryam Rajavi has another type of madness. But even she is motivated by Masoud. Maryam Rajavi’s pugnacity, tyranny, ignorance and crime are engine by her husband.