Iran Interlink congratulates fifteen young Iranians who have now arrived in America following their escape from the pernicious hold of the Rajavi cult; aka Mojahedin Khalq organisation (MEK). 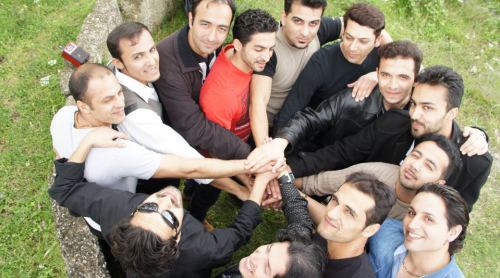 The fifteen individuals have been accepted as refugees by the United States and were flown to Los Angeles on 21 March. This group is part of a quota of 80 from the 3,000+ MEK members which the US agreed to accept from the temporary transit camp Liberty (aka Hurriyeh) in Iraq. The government of Iraq and the United Nations are coordinating efforts to have all the residents transferred to third countries as soon as possible. Only the cult leader Massoud Rajavi is obstructing and resisting this inevitable process.

The group of fifteen comprises ten men and three women. All of them are young. They were previously moved to Albania, where over 400 MEK were transferred over the past two years. The MEK were forced to concede to pressure from the UN to allow these people to leave Camp Liberty and be given refugee status in Albania. Rajavi chose those residents who were of least use to him; many are old or sick. Some, like these young people, had been deceived into joining the MEK quite recently and had been able to resist the full cult indoctrination process which older, long term members have been subjected to for years.

Even so, Rajavi has tried to re-impose cult conditions in Albania, sending top commanders from Paris to threaten and blackmail and bribe the new arrivals. All those who arrived in Tirana did so on condition they sign all kinds of documents and statements written by the MEK to say that they are agents of the Iranian regime and have committed any number of ‘sins’ and ‘crimes’ as defined by the cult. This is done in an attempt to prevent people from leaving the MEK, or if they do, preventing them from speaking out about conditions inside the group.

In Albania the MEK has instructed these transferees that they must un-register with the UNHCR and not to attend interviews or accept any help from the UN. The MEK have ‘replaced’ the UN’s grant of $300 pm with a bigger payment of $500 pm as a bribe so that individuals will not break away from their control. The MEK has issued false information about these individuals, saying that the UN has evicted them from its accommodation and forced them to group together to pay for alternative accommodation. This is untrue, it is the MEK which is providing other accommodation on the condition that individuals do not speak out against them. The MEK use intimidation and coercion, telling the refugees their power comes from the Pentagon – they show cards purporting to be ID cards issued by the Pentagon- and that they must obey and take back their applications for refugee status. (Remember, these are people who have been held incommunicado in MEK camps in Iraq for many, many years and have no idea what is happening in the real world.)

America has agreed to take 80 of the residents of Camp Liberty. The MEK have lied to those in Albania, whom the US immigration officials have interviewed and cleared for acceptance, telling them they should not accept to go because the quota only applies to those in Camp Liberty. Of course, these fifteen young people have seen through this deception, pointing out that they came from Camp Liberty and are therefore legitimately part of that group.

After arriving in Los Angeles several of the young people contacted former MEK members who offered their support and advice. The MEK, of course, are trying to re-recruit them again over there and have again offered financial assistance on condition that they do not register with the UN, that they only live in MEK accommodation, that they do not speak out against the MEK and that they sometimes come and work with them – doing Facebook clicks for example. The young people have firmly rejected this, and some have already begun to write against the MEK in blogs and websites.

Former MEK members have been able to reassure them that if they stay clear of the cult, even if they have to struggle in the short term, their lives will be transformed and they will be successful in regaining normality and progressing in all areas of life – family relations, work and social status.

Now that America has taken these fifteen the message to everybody is clear: the MEK’s pretence of being supported by America, Israel and Europe is absolutely untrue. America is not run by Rudi Giuliani or John Bolton. America does not support the MEK. Instead, America fully supports the efforts of the government of Iraq and the UN to remove the MEK from Iraq. These young people have clearly been fooled by the MEK and taken to Iraq under duress. They are demonstrable victims of cultic deception. America is happy to support their reintegration back into normal life, and will help another sixty five individuals as soon as possible. It remains now for the European countries, Canada and Australia to take their share of these victims and set them back on the path to recovery and a normal life. 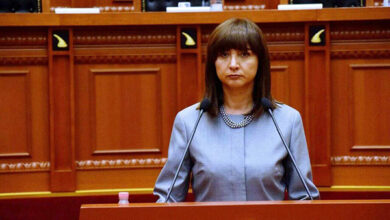