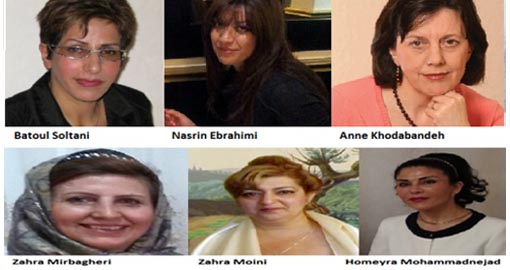 charity Womankind Worldwide. We hope therefore that you are aware by now that you have become the latest target for another of the Mojahedin Khalq’s deceptive propaganda campaigns.

This summer, your charity floated an engaging invitation on its Facebook page for women to nominate their ‘women’s rights idol’. Sadly, perhaps inevitably, Womankind was then inundated with nominations and praise for Maryam Rajavi. The effect has been to hijack the page and spoil its intent.

The Mojahedin are not doing this to promote women’s rights and cannot point to a single real-life example of what Maryam Rajavi is supposed to have done to help women. Instead they are trying to whitewash their savage past and evade the court cases and allegations of gross human rights abuses inside the organisation.

We are all witnesses to the cruelties Maryam Rajavi has inflicted on the female members of the cult she created with her fugitive husband Massoud Rajavi. Maryam Rajavi is indisputably responsible for the deaths and mistreatment of tens of women members. And this is an ongoing problem. Only this month Maryam Rajavi’s response to a young Iranian Canadian woman who visited her headquarters in Auvers-sur-Oise, France, searching for her sister, was to send a gang of thugs into the street to beat her up. This is not the action of a defender of women’s rights.

Have no doubt, Maryam Rajavi’s notoriety is known worldwide – from the US State Department and Human Rights Watch to the Human Rights Ministry of Iraq. And closer to home, the Foreign and Commonwealth office and the Home Office in the UK.

Although we are confident that you have no intention of allowing the reputation of Womankind Worldwide to be tarnished by association with this cult and its leaders, we thought a friendly heads-up to be appropriate at this stage. All of us are happy to provide more information on this issue. The following links are a good starting point.

Open letter of Iranian Women’s Association to Mr. Otto Bernhardet: Do you know who Maryam Rajavi is?

78 signatories: Mojahedin Khalq terror group are threatening to kill us in your country (Open letter to François Hollande)

Silencing the victims of Mojahedin Khalq to promote Maryam Rajavi

And some relevant links:

In 1997, the Home Secretary excluded Mrs Rajavi from the UK on the ground that “ We need to take a firm stance against terrorism”. That exclusion remains in force.

No Exit: Human Rights Abuses inside the Mojahedin Khalq Camps

UN: continued concerns about abuses committed by the PMOI/MeK leadership.

New document on Mojahedin Khalq released by RAND (The Mujahedin-e Khalq in Iraq, A Policy Conundrum)

Comrades in Arms – Sexual abuse by Massoud and Maryam Rajavi

An Unfinished documentary for my daughter – Trapped in Rajavi cult, Mojahedin Khalq

Miss Mohammady: Our story thus far: Another Mojahedin attack on two fathers and the sister of MEK’s captives

By A number of survivors of Rajavi cult,