[Iran Interlink: The MEK used to be able to call on personalities such as John Bolton and Rudi Giuliani to make public statements of support. Apparently these supporters have suffered blow back from this advocacy so that Donald Trump has been unable to offer them meaningful positions in his administration. With no other persons willing to risk their reputation or future career by supporting the MEK, the group has resorted to enlisting people such as Ingrid Betancourt instead. The MEK has also trawled through history to find Linda Chavez who served for less than a year under the Ronald Reagan administration between 1985-6. Chavez also gave her support to the terrorists in Albania.] 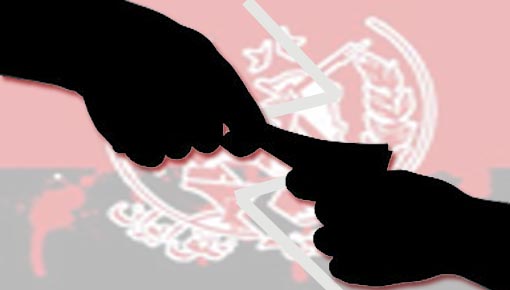 The Telegraph: Ingrid Betancourt was ‘worse than guards’, claims a fellow hostage

Ingrid Betancourt, politician and activist for human rights was brought to Tirana to say thank you for the hospitality of our country for hosting more than 2 thousand Iranian terrorists, while more are expected to come. And to meet with them, some of whom are her friends.

One of the most popular personalities in the world, who had aimed to be the first woman president in Colombia, but became the first woman who was kidnapped for six years by the Revolutionary Armed Forces, Betancourt regards Albania with admiration for its agreement to harbour Iranian terrorists. Betancourt apparently suffers from Stockholm Syndrome since she was herself a hostage of the FARC terrorist organization, and she now defends the MEK terrorist organization.

I feel honored to be here. Governments of different political parties were the first to welcome the Iranian refugees when they were hunted and persecuted. Your country has become known internationally as an example for human rights.

As one of the supporters of this Iranian opposition, the return of democracy, gender equality and freedom in a country where (Ingrid Betancourt says) there are public executions [..,]. Albania is a model where bigotry does not find expression regardless of different political approaches.

MEK is the only opposition party in Iran. They are Muslims, but Democrats, who are killed, tortured and persecuted. Your country is predominantly Muslim, but here there is no bigotry. So this idea is another good example.

(To stop the violence, Betancourt has the recipe, getting tougher on terrorism.)

Understand that they are powerful at dispensing fears, such as about public executions. Don’t fall into despair, history tells us that the battles for democracy have gained, not split asunder and especially do not have doubts. We will be clear on our positions because it is something that makes good ISIS’s disinformation.