In a meeting with the secretary general of Habilian association and exchanging opinions about the latest issues and problems existing in their country, a group of Iraqi snnnis discussed different ways of deportation of the occupiers and the terrorist groups from Iraq. 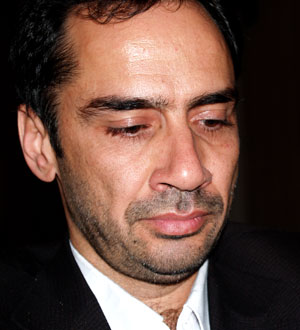 In this meeting the secretary general of the Habilian association, Muhammad Javad Hashemi Nejad stated in a speech:The two countries of Iran and Iraq are located in a crucial region which is the cradle of Islamic civilizations and due to the evidence of the history the enemies have always had their greedy eyes on the region. But it requires the world Big Powers to apply some basic elements in order to rule over the region and I shall notify that the key element of disunion is on top of their affairs.

They have always tried to keep the two brotherly neighboring nations of Iraq and Iran separated through making discrepancies and disunion; but the question is that how much they have succeeded in attaining their goal and that to what extent they have made progress towards their targets.

Did they manage to divide the two nations and affect their culture and attitude? 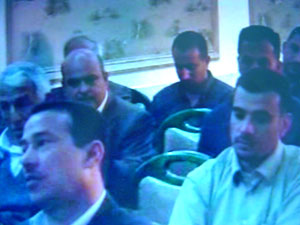 We have passed several years filled with bloodshed and destruction resulted by the outsiders greed for this region, but as all their attempts to set up tension and war between the two nations faile , they came to the region in person.

We, as the nation of Iran ,have always wished for more intimate relations with the civilized nation of Iraq and to preserve our unity and stabilize it even more. we are sure that you think the same way as we do. We have all witnessed that whenever there were no obstacles, the two nations showed great tendencies towards each other and resumed their relations in their earliest convenience. This is the fact which Americans have always confessed to. They have admitted that there were no other two nations closer to each other than Iran and Iraq . 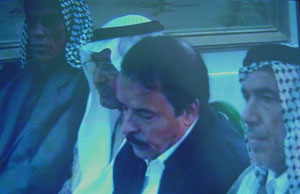 Our enemies are afraid of our unity because they know it well that in unity there is strength and that every step we take towards each other, results in their losing their position in the region; So regarding the above said, they have opened a especial account on disunion and have put all their efforts into making us stand against our brothers. 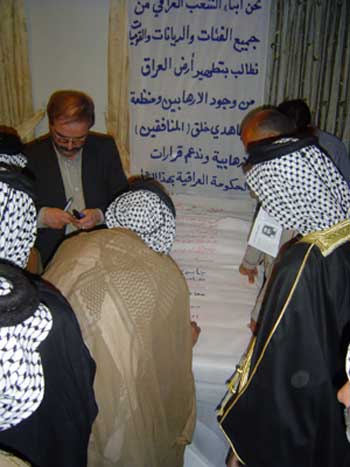 After the victory of the Islamic Revolution in Iran and as a nation which is in favor of peace, we expanded our attempts to establish peace and tranquility in several countries .An instance of this claim is our key role as an intermediate in making peace in Tajikistan.

Now America, which invaded Iraq just for its own benefits and interests ,would apply any means it finds in order to extract more out of Iraq and one of these available means is MKO terrorist group which was ,not a long time ago, against America and even targeted Americans several times ; but is now under the control of America and serves the US. as a loyal mercenary .

MKO terrorists have assassinated 16,000 innocent people in Iran. We should be aware that as the crisis in Iraq grows more crucial, they would find more grounds to fulfill their wicked ambitions. So we must do our best to establish peace and tranquility as well as stability in the region so as to make the region unsafe for the intruders and terrorists and to make them come to this conclusion that they have no base in Iraq and have no other alternatives but leaving your country. At the end I wish for the day we would have a stabilized Iraq in peace.

I would strongly approve your statements .Iraq is a holy land considering the holy shrines of number of Imams which are located in our country . Right now a human disaster is about to take place in Iraq and I’m afraid of the day it may affect all Iraqis and its main cause is occupation and the support the occupiers give to terrorists like mojahedin . Rajavi’s cult is up to set up discrepancies via committing terrorist operations as they did Shiaat and Kurdish regions.

Both Iranians and Iraqis demand MKO to be deported from Iraq .Iraqi people ,like all other nations , are in favor of peace and seek for it .They wish for stability to be established in their country ; but would always demand the criminals who have killed their children to be punished. We also criticize America for supporting these notorious terrorists and also express our eagerness to continue our relations with the Islamic Republic of Iran.

At the end of the meeting the two sides signed the letter for condemnment of mojahedin and demand for bringing them to trial.