I would like to congratulate you for your effective part in the European future and global affairs as MEP. 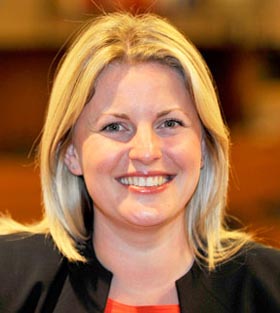 Masoud Rajavi with almost 30 years inside the so called organization, and also ex member of the so called National Council of Resistance of the Mujahidin, having seen your support for this organization seriously disturbed me to the extent that forced me to write to you and inform you more about them.

I am sure you remember that the September 11 tragedy masterminded and put to action by people who lived in USA and looked like civilized people. Now days many people from civilized world join the most barbaric terrorist groups in the Middle East region and elsewhere. And the world has paid and is still paying a heavy price as a result.

What I would like to point at is that, it is time for everybody in the west and around the world to face international and regional terrorism with open eyes. Terrorism has changed face and is adopting new tactics to destroy the civilization. They have learnt how to deceive the world and utilize every means to reach their mediaeval barbaric goals.

Especially as a MEP that have great responsibility on your shoulders on behalf of your constituents and contemporary world, with great facilities at reach to investigate about the nature of the people and groups, facing them blind folded or be deceived just by their appearance or pretense of supporting democracy or women’s rights … is no longer acceptable by the public opinion and the future generations.

ISIS (DAESH), (which Mujahidin are their true supporter and call them freedom fighters), in the region used to pretend to fight for democracy in Syria, having got what needed from financial to military support now showing their real face.

Masoud and Maryam Rajavi having watched the September 11 barbarism live on CNN, commented within their 4000 members then “…don’t think Al Qaeda is more progressive than we are, because they can harm Imperialism better than us,”. They believe in violence to reach their political goals, look at their emblem.

All members are denied from any public and free media, books, newspaper, contacting their families, even their children. They must only love Masoud and Maryam Rajavi as their Caliphate and if anything else went through their mind but that, must be daily reported. They are a Cult group and not a political entity.

There is much has been said in the media and internet about the true face of the Mujahidin. But please don’t let your political consciousness be humiliated by them.